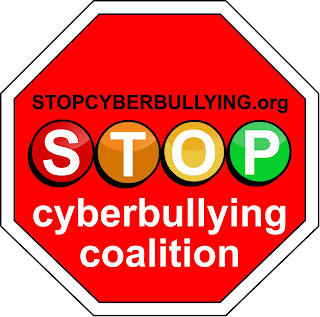 Washington, DC – Cyberbullying and sexting incidents related harassment are touching most teens and preteens. 85% of middle schoolers reported being cyberbullied at least once. Only 5% would ever trust their parents with that information. Kids begin cyberbullying as young as 3rd grade and have identified 36 different ways to use a cell phone as a weapon against their classmates. Extortion is the method of choice of 4th graders who cyberbully. 44% of high school boys polled said they have seen at least one nude picture of a female classmate and 10% also admit to sending a nude picture to someone else (many unsolicited) using their cell phones. Sexting (sending nude photos via a cell phone) is a fast growing trend, affecting more and more teens and even preteens. And those involved can end up as registered sex offenders.
Who: Facebook, Microsoft, Disney, Build-A-Bear Workshop, AOL, Yahoo!, Google, MTV, Verizon, the Ad Council, Girl Scouts of the USA, Dolphin Entertainment, Parents of cyberbullicide victims Jessie Logan and Jeff Johnston, the Office of the Mayor of NY, WiredMoms, Liz Claiborne, Kids@Play, Buzz Marketing, the FTC, the US Department of Education and other Capitol Hill and industry leaders, law enforcement officials and child advocacy groups join expert Teens and Preteens in an engaging luncheon presentation and panels designed to address the problem. WiredSafety’s Executive Director, cyberlawyer Parry Aftab, and the award-winning Teenangels will moderate the highly interactive afternoon program.

What: Three hour-long panels to address the scope of cyberbullying risks, ways to reach teens and preteens effectively and empower them and engage them in creating solutions, what role laws play in preventing and addressing cyberbullying and how all stakeholders can work together for a common goal – to stop cyberbullying and break the cycle of sexting harassment.

Where: The US Senate Building (Russell SR325)

Why: Because “Cyberbullying Hurts!”

Parry Aftab is interested in hearing ideas and questions about digital safety, privacy and cybersense. Please do not advertise or promote services or products or include a link, video or image in your comment.

Now for the boring legal stuff:
We reserve the right to delete and/or moderate any comments at any time.
Note that Parry Aftab does not respond to legal questions and cannot address specific issues about reported abuse.She cannot be retained as legal counsel online, and any prospective client must sign a retainer agreement before becoming a legal client of Ms. Aftab. Any legal discussions are educational and informational only and anything submitted may be made public on this blog.

Ms.Aftab reserves the right to report any abuse, threats or harassment to the requisite authorities.