Alex Wonder: New game helps kids fight cyberbullying
Everything a teacher needs to help students understand how to spot cyberbullying behavior in themselves and others, understand what to do about it once it begins and how to avoid it. It's a free download from stopcyberbullying.org.
Posted by Parry Aftab at 11:41 PM No comments:

Every year we experience a tragedy in real life where the person responsible turns out to be a video gamer, with favorite games such as world of warcraft and gears of war. And immediately following the evidence that the person charged with the violent crime is a gamer, there is an outcry to ban violent video games. I wish it were that simple. I wish that by banning content and certain interactive networks, we could curtail violence. In my generation we all had cap pistols and bows and arrows to play with. Shooting each other on the playground with these toy guns was commonplace. My son's generation included GI Joe and teh shooting continued. War, weapons, shooting and killing were part of play since I was born (and I am sure beyond). We blamed violence in the media. Violent music lyrics. Movies like Psycho, Halloween and Terminator for stirring up violence in our youth. And now, we blame violent games. Tragedies such as Newtown, grieve us all. Lost children, the promises unfulfilled, make us want to lock up our children until they reach the age of fifty to protect them from hate, violence and fear. Gamers include people of all ages, talents, nationalities, ethnic background, shapes, sizes, religions, races and temperments. The games provide an outlet, entertainment and helps develop strategic thinking. Of course, some gamers are violent, just as some may be timid. Some are hateful as others may be kind. Some are very bright and others don't have two brain cells to rub together. It's not the gaming, or the game. It's the violent actor we should be banning, studying and finding ways to disarm. Let's not take the easy and ineffective way out. It's not technology we should be blaming. It's the bad actors.
Posted by Parry Aftab at 9:38 PM No comments:

It's been 18 mos since we started reviewing COPPA to see what should be kept, and what should be abandoned. The world of children online has changed dramatically since COPPA was first adopted in October 1998. The FTC gave the industry 1-1/2 years to prepare and it first became effective in April 2000.

Even then, most companies failed to comply.

Over the years, many smaller (and embarassingly larger) industry members have complied by copying another site's privacy policy and claiming in big bold letters that they were compliant with COPPA.
They failed to realize that by doing so, they were making it worse when the stolen privacy policy didn't match their site's practices.

Now, the Internet as we knew it is not a desktop world anymore. Handhelds, mobile devices and technologies use different networks to connect everyone, especially kids. And none of us over the age of 15 know how to do what our kids do and what to do to keep them safe.

Some of us worried that COPPA 2.0 was taking on too much. Some advocates wanted the age raised to 16 (from 12 and under). Others wanted heavy regulations on advertisers marketing to kids, and many wanted nothing to change.

I filed two comments (one for each comment period) and assisted in drafting others for clients and companies I advise. I was worried that the knowledge standard would be changed somehow, bring an "implied" standard to the table in knowing the age of your users. I worried that plug-in providers would have a higher duty to inquire about the user demographics. I worried that in an attempt to keep our children safer and more private, we were turning off the technologies and keaving them in the dark.

I had no need to worry. With few exceptions, the new COPPA Rule tracked my wishlist and comments. It reflects how much the FTC listened to all stakeholders and how carefully they weighed the risks and benefits of a more exacting regime.

I am a fan of the current FTC Chairman. I have been since he was first selected as an FTC Commissioner. But even more, I am a fan of the people at the FTC who work tirelessly to be always available to industry and advocates alike.

We joke about the Call Phyliis and Mamie hotline (referring to Mamie Kresses and Phyllis Marcus, the COPPA mavins at the FTC), referring to their willingness to be there for questions and for ideas.

I wish all federal agencies worked as well, and cared so much.

So, for my clients which are waiting with baited breath for my guidance on COPPA 2.0, I will be in touch tomorrow. And for the rest, it's not so bad and with the right help, not so hard.

COPPA Rule Changes - what do they mean for you, your family and your network?

Thirteen years ago one of the most powerful children's privacy laws in the world took effect. It required commercial networks, providers and websites (including game networks) to give parents notice of and get permission before collecting information from their preteens or enabling preteens to communicate and share personal information with others.

The law has been studied and used as a model for many kids privacy regulatory schemes around the world.

Several of us were actively involved in its drafting and clarification. I wrote most of the privacy policies for children's networks, websites and game providers in April 2000 when it became effective. Visit aftab.com for the history of COPPA and my thoughts on what works and what doesn't.

Since then, I have continued to advise the industry leaders in COPPA compliance. We have designed several digital tools and helped set industry best practice standards for kids privacy, safety and security. It's not easy, but worth the effort. And failure to comply has resulted in fines exceeding $1 million for brand names, such as Sony.

At noon the newly revised COPPA Rules will be announced, after 18 months of comments, revisions and unput from the industry, child advocates and parents. We can only guess (although many of us have educated guesses :-)) what changes will be reflected in the new rule.

But whatever the case, the networks, websites, services, digital tool providers, mobile operators and entertainment providers will have to work changes in their current practices to comply with these changes.

As parents, read the privacy policies that so many ignore. It's worth it to understand what providers are doing to protect your child's privacy.

As kids, don't lie about your age to pretend to be 13 or older. It's not worth the risk. There are so many great sites and services for preteens. And, your parents can give permission for you to use sites that allow preteens with parents' consent.

It you are a provider, network or operator to which the new COPPA Rule applies, get experienced counsel who can walk you through the kids privacy landmines.

Visit WiredTrust.com if you need help. Check out the SociallySafe.com kids seal on best practices.

Posted by Parry Aftab at 7:28 PM No comments:

Thank you, and we’re listening - Instagram Blog From time to time, when privacy policies are changed, people misread them and think their fears have come true. Today I heard several news reports claiming that you give up your ownership of your photos posted on Instagram, and they will now being selling them to advertisers. Not true.

do not fear. Your rights are still protected.
Parry
Posted by Parry Aftab at 7:05 PM No comments:

As nation mourns, investigators try to figure out what led to tragedy in Newtown, Conn. | Fox News

As nation mourns, investigators try to figure out what led to tragedy in Newtown, Conn. | Fox News
I have been in the child safety space for 18 years. I track bullycides, offline violence caused by online communications, self-harm and mass-killings of children.

Each time gets harder.

We seek solutions and approaches afterwards. Lots of approaches, lots of activities following a tragedy. But we don't know how effective they are.

How do we measure prevention?
How do we measure the deaths and harm that didn't happen becasue of our empathy-training, community policing efforts and educators trained to spot students who are at risk?

I am often asked if crimes are increasing, or if we are just more aware of them now. I am not sure i can answer that question. I know we have to keep on fighting the good fight and hope that the story we never read about is the crime we prevented.

Otherwise, how can we live with kindergardners being gunned down?

Our prayers and thoughts are with the grieving family and loved ones...
Parry

The FTC has ruled that mobile app developers are subject to COPPA (the children's online privacy protection act), which since 2000 has governed what digital developers and networks can collect from preteens or allowed to be shared with others about preteens.

Fines in the space have exceeded $1 million and those fined have included such stellar brands as Sony.

Some parts of the law are tricky, especially when the technology changes every nano second. But the basics are simple.
1. If you knowingly have preteens signing up for your mobile app, the law applies.
2. If your mobile app is directed at young teens or preteens, it applies.
3. The app needs a link to a privacy policy or privacy info embedded into the app (and easily found).
4. The app needs to be up front about what it is collecting from users and from the digital device (GPS, other app usage, social networking accounts, photo sharing accounts, etc.)

then, they need to walk the walk. what they say needs to match what they are doing. Too many developers to save time, effort and legal fees merely copy someone else's privacy policy. But if it doesn't match their privacy practices, they can also be charged with consumer fraud. 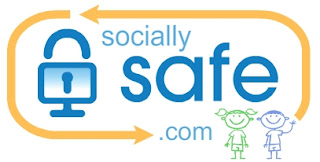