Sexting Can Lead to Death...the story of Jessie Logan 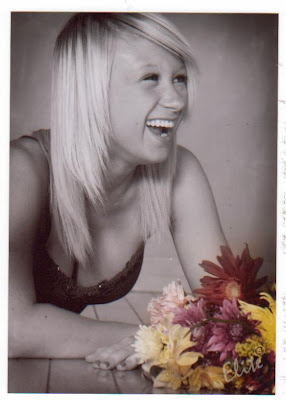 Your daughter could be next.

Beginning immediately, I will be working with Cynthia and her husband Burt to spread awareness about Jessie and the consequences of cyberbullying and the risks of texting. We will be working with Jessie’s friends and my Teenangels to develop a campaign to reach teens and change behavior.

The new StopCyberbullying Coalition will bring individuals, companies, policymakers, educators, healthcare and mental health professionals and media together to address these issues. It will explore all aspects of cyberbullying and how sexting increases the risks of harassment and personal humiliation.

Interested in helping this become the last cyberbullying-related suicide? Want to help us spread the word about sexting and risks to young people online? Join us at WiredSafety.org. We need your help. Help us make sure your child won’t be next.
Posted by Parry Aftab at 7:36 PM

Parry Aftab is interested in hearing ideas and questions about digital safety, privacy and cybersense. Please do not advertise or promote services or products or include a link, video or image in your comment.

Now for the boring legal stuff:
We reserve the right to delete and/or moderate any comments at any time.
Note that Parry Aftab does not respond to legal questions and cannot address specific issues about reported abuse.She cannot be retained as legal counsel online, and any prospective client must sign a retainer agreement before becoming a legal client of Ms. Aftab. Any legal discussions are educational and informational only and anything submitted may be made public on this blog.

Ms.Aftab reserves the right to report any abuse, threats or harassment to the requisite authorities.